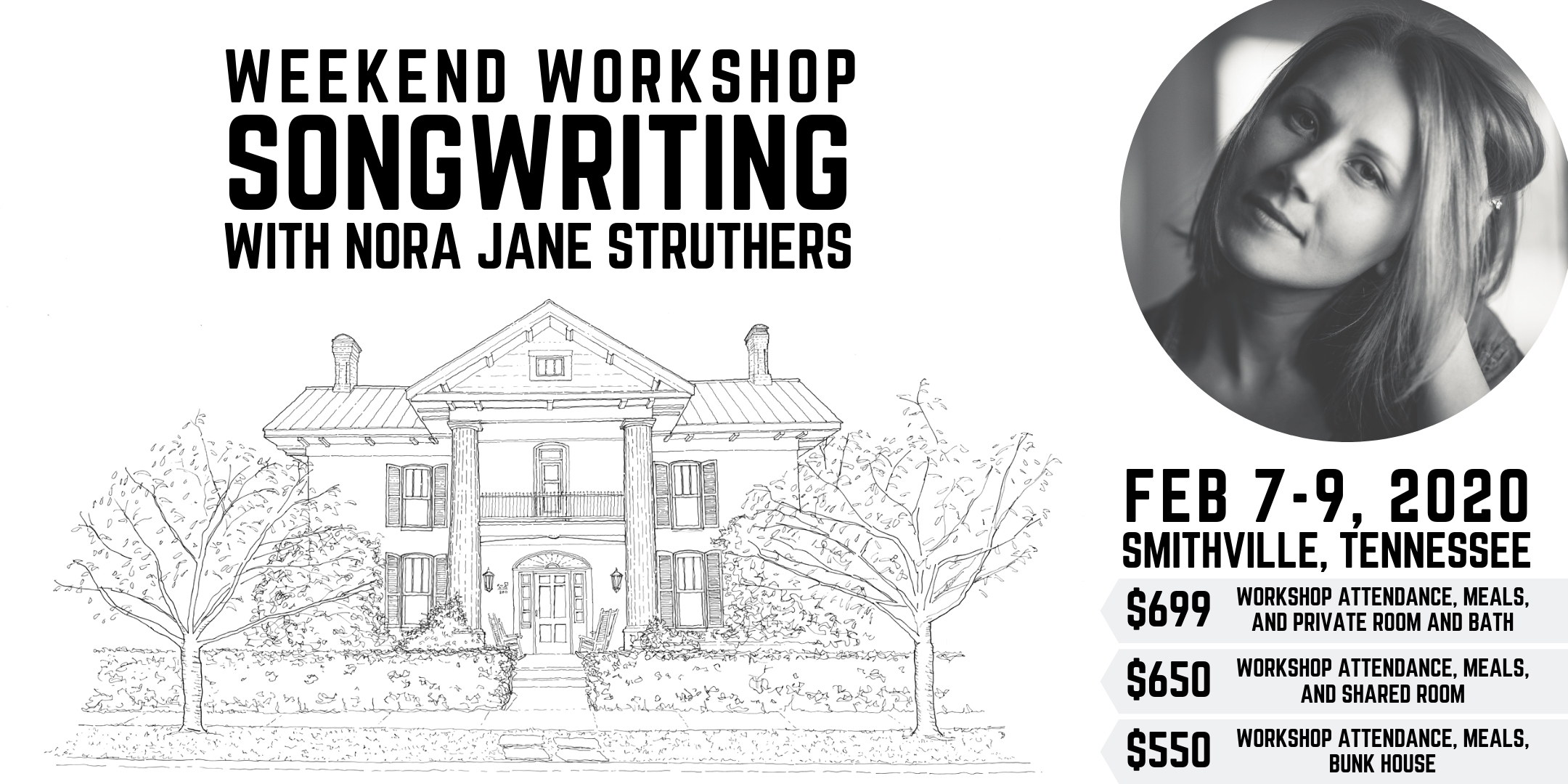 Join me for a songwriting weekend workshop!

Join me and a maximum of 12 other songwriters for a weekend workshop, where you will learn and practice techniques for generating, refining and editing your songs, digging into the stories that you love and developing an understanding of the styles and tools that will help you best express them. The workshop’s goal will be for participants to leave with a finished song along with a new set of skills and ideas to continue exploring songwriting on their own. Group sessions, co-writing, one-on-one mentoring, performance feedback, and directed individual work will all play a part in the experience.

The weekend will be hosted by me and my husband Joe Overton at his historic family home in Smithville, TN, 60 miles from Nashville. Delicious, home-cooked meals will be provided for the duration of the workshop, and evening activities will include a living room concert with a special guest artist from Nashville and an open mic night. Housing will be provided on site.

PLEASE NOTE: A 50% deposit is required to secure your spot, which may be paid via this link. The balance will be due before the commencement of the workshop and is payable by check, or cash.

END_OF_DOCUMENT_TOKEN_TO_BE_REPLACED 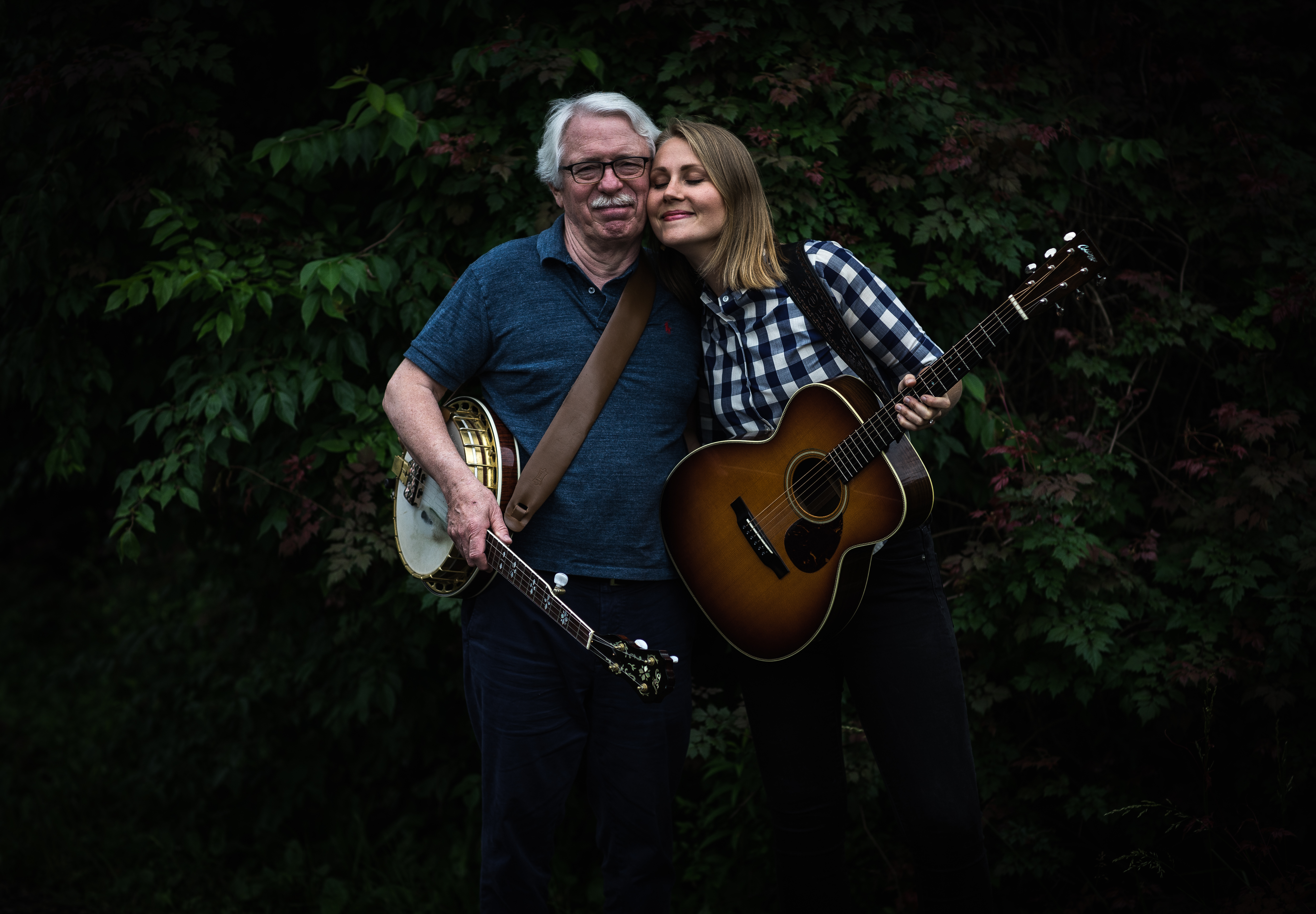 New double album with my Dad

Few things in life bring me as much joy as singing with my dad. My mom tells me that when I was 2 years old I would wait by the window for my dad to walk home from the train station after work and greet him with a yodel. When I lived in NYC, my dad and I started performing in dive bars in Brooklyn and folk halls in New Jersey. We called our father-daughter duo: Dirt Road Sweetheart.

In 2008 we recorded an album entitled “I Heard the Bluebirds Sing” right before I moved away from home, to Nashville, to try and “make it” as a musician. Ten years later, we recorded our second record, “Rose Of My Heart” and I’m so proud to share both of them with you now, in a limited edition Double Vinyl and Double CD. You can learn more and place your order right here.

These recordings are as honest and real as they come and I think when you listen to each song, you’ll hear not just the one performance that is captured here, but all of the thousands of hours spread out over 30 years of two people making music together for the shear love of it.

Father’s Day is on June 16th. Celebrate someone you love, your father, your father-in-law, your husband, your grandfather, yourself! with a gift of music. We’ll officially release the album that weekend, but if you pre-order now you can receive this collection of songs that are so special to me early enough to gift them to the special father figure in your live.

END_OF_DOCUMENT_TOKEN_TO_BE_REPLACED 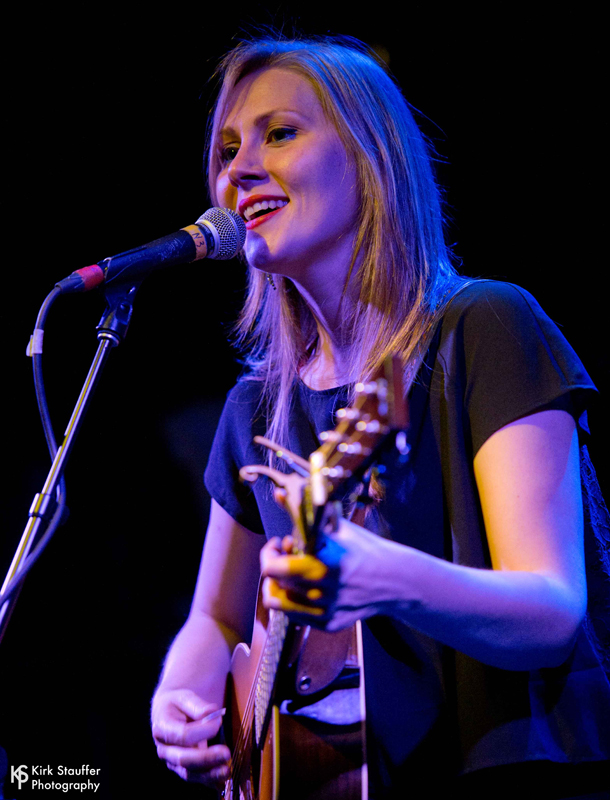 No Depression Staff Picks the Best Albums of the year 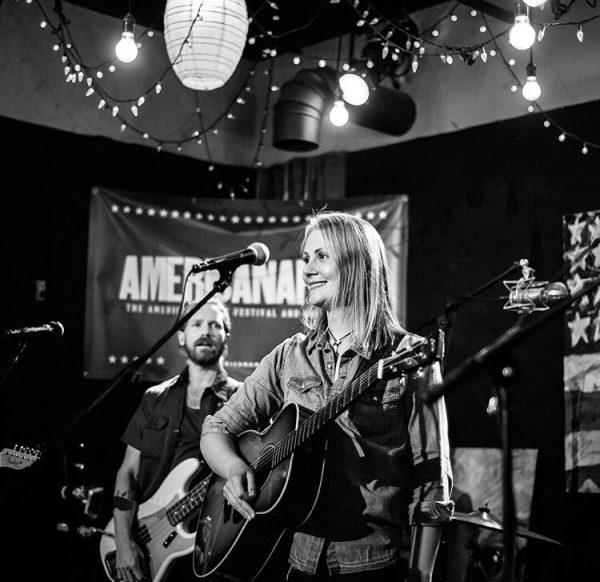 No Depression’s staff curated a list of their favorite albums of the year and we are more than excited to see Champion named as one of them.

“There’s a crystalline beauty to the songs on this album — every one celebrates the pleasures of loving deeply, yet acknowledges the hard edges of living. “Belief,” with Joe Overton’s wall of steel and Joshua Vana’s shimmering leads, channels Jackson Browne’s “Late for the Sky,” and the galloping “Grass” would be right at home on the Outlaws’ eponymous first album. The Party Line — the “Band Family” of one of the songs — plays a tight groove here, but it’s Struthers’ lyrics that gaze, clear-eyed, at the joyous possibilities lying latent in this tired old world. It’s past time now for a major label to sign Struthers; there’s not a better-written roster of songs out there this year. (HC)”

Thank you No Depression for your kind words and support!

END_OF_DOCUMENT_TOKEN_TO_BE_REPLACED 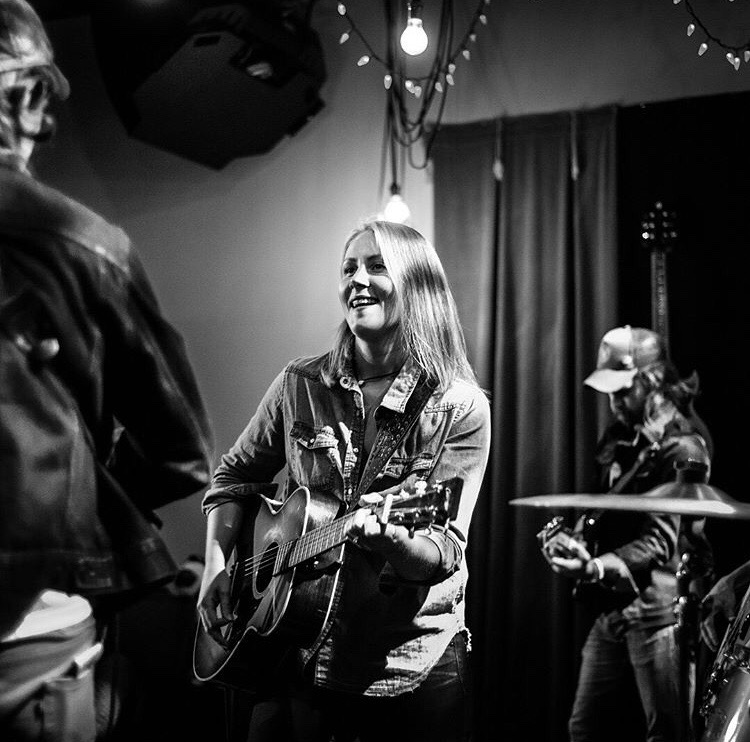 NPR lists Champion in Top 10 Underheard Albums of the year

We are so honored that Champion was named in NPR’s Top 10 Underheard Albums of the year.

“Struthers uses the sturdiness of her sound to take chances in her stories, and never more so than on this courageous album about the first year of her marriage to bandmate Joe Overton and their struggle to begin a family. The intimacy Struthers achieves in the album’s gently linear narrative — unfolding from the hope of young settled love through self-doubt, communication breakdown, loneliness and, ultimately, acceptance — is remarkable. She speaks of women’s truths rarely addressed in song without making any fuss at all about the courage doing so requires. “I’ve got grit,” she declares in one anthem that’s as powerful as anything Jason Isbell made this year.”

Thank you Ann Powers and NPR for your continued love and support.

END_OF_DOCUMENT_TOKEN_TO_BE_REPLACED 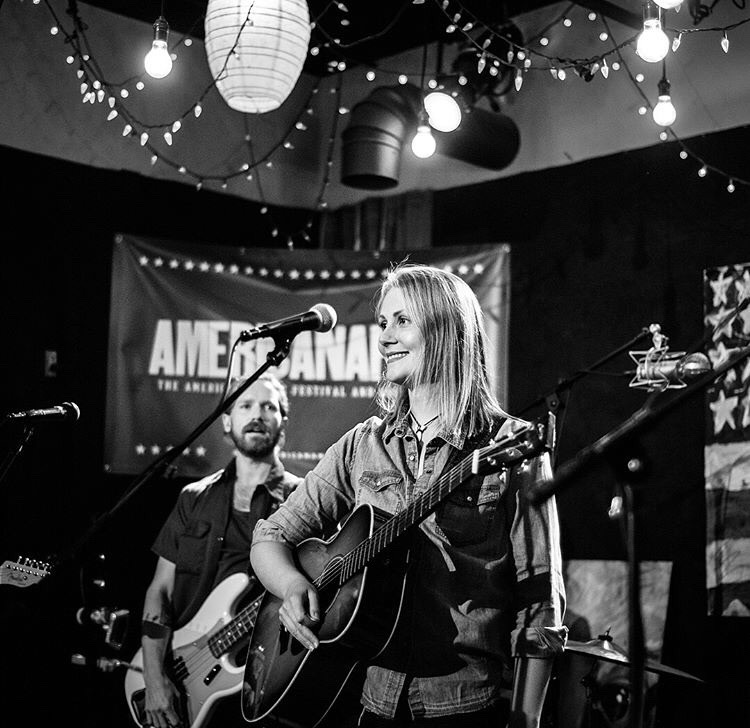 Rolling Stone recently included Champion on their list of 12 Great Country, Americana Albums You Probably Didn’t Hear this year. We are so honored and thankful to be a part of this list.

“After documenting the dizzying bliss of falling headfirst in love on 2015’s Awake, Struthers takes on the trials and triumphs of steady partnership on the equally arresting Champion. Recorded with her longtime backing band the Party Line, who provide a gentle mix of alt-country, soulful folk, alt-rock, and banjo-pop, originals like “Each Season,” “Champion,” “Words” and “Just a House” display Struthers’ greatest strength as a songwriter: her ability to take stock of deep-seated contentment while insisting on interrogating the dark doubts that so often follow.”