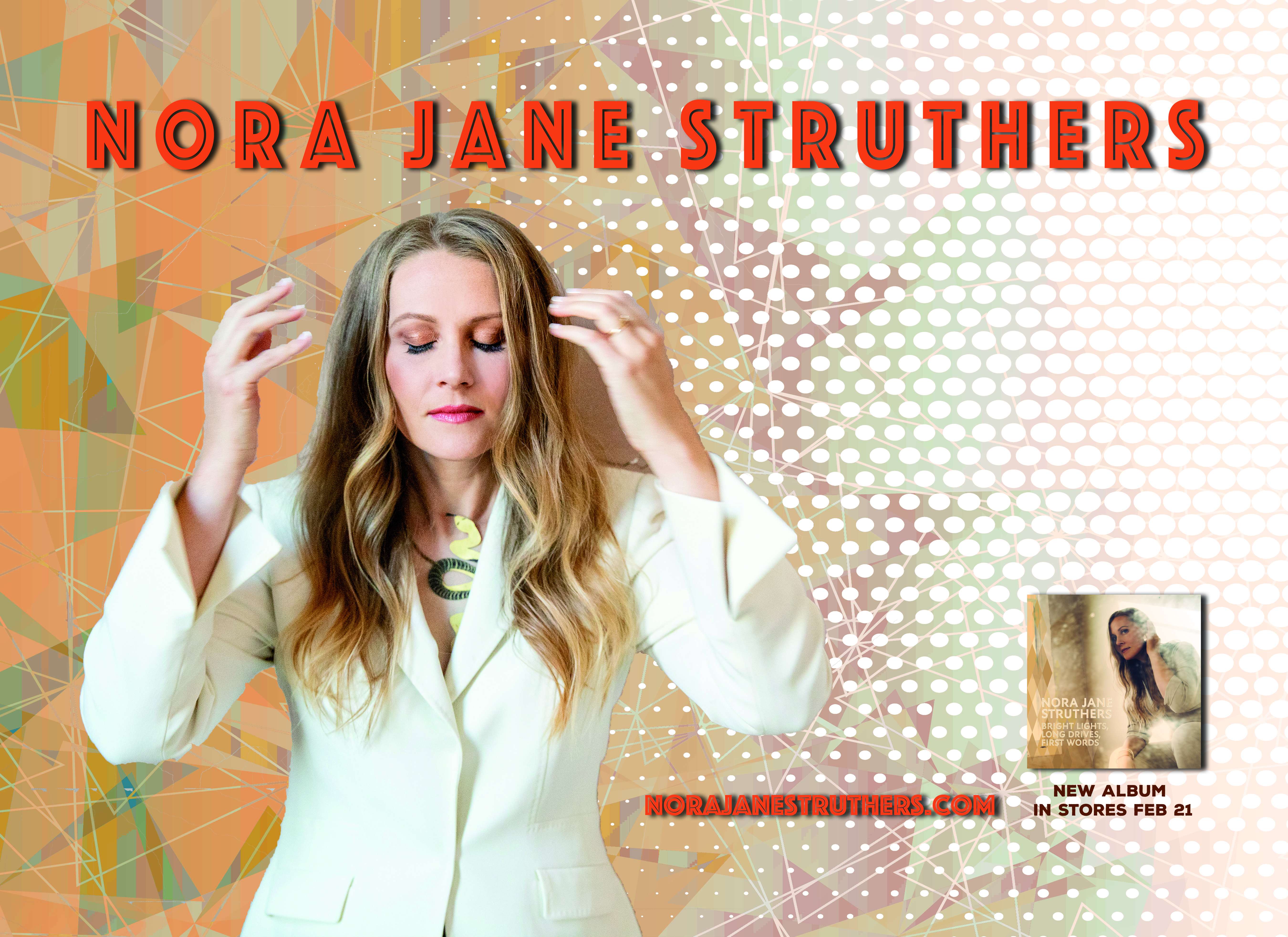 “Nora Jane Struthers is guided by fire.  Struthers has [come] up with some of the most quietly powerful narratives within the new wave of Americana artists.  …  The sound of the Party Line has progressed to include propulsive electric guitar and drums, and Struthers’ sweet voice is showing an edge, the better to meet the challenge.”  Ann Powers, NPR Music.

“Nora Jane Struthers sings in a clear, unadorned manner. It suits the direct lyrics that fill up her new album Wake. Given the content of the songs, the title seems, in part, to refer to an awakening Struthers has had about who she is, what she wants to do, and how she wants to sound. . . . Excellent… Ken Tucker, Fresh Air with Terry Gross.

“Nora Jane’s best [album] to date. . ..  Struthers’ third record is brimming and bursting with life, with lessons learned and love discovered.  With its immediately comforting blend of ’90s alt country, roadhouse blues, rootsy power pop, and straightforward honky-tonk, the album sounds, at various points, like early Neko Case, the Jayhawks, and, most strikingly, Kathleen Edwards. . ..  She’s crafted a carefully considered 11-song sequence that presents one of the most unabashedly celebratory suites of songs about being newly in love (“When I Wake,” “Mistake,” “Lovin’ You”) in recent memory, only to spend most of side-two in a state of hungover reckoning (“The Wire,” “Let Go.”), interrogating the easy, conclusive joy of fresh romance.  Jonathan Bernstein, American Songwriter

“Rising songbird…Nora Jane is entirely and unequivocally herself and wants to encourage you to do the same.  ‘…spend more time doing whatever it is that make you feel like there are sparks bouncing around in your sternum,’ she says. In other words, pull a ‘Struthers’, follow your heart, and never look back.”  Alexa Peters, Amy Poehler’s Smart Girls at the Party

“Just as her intensely energetic live performances connect audiences to the intricate tales woven through her lyrics, the ever-widening scope of Nora Jane Struthers’ musicality means that placing a neat, easy label on the genre she best represents is virtually impossible.” [Wake] has an “evolved blend of roots and rock with plenty of fiddle and steel guitar, [where] Struthers’ lyrical vulnerability is matched by her growing confidence as a performer.”  — Stephen L. Betts, Rolling Stone Country

“…the lyrical vulnerability comes straight from Struthers’ profound musical well, which has only gotten deeper in the two years since Carnival.”
Jeremy Bonfiglio, No Depression

“Nora Jane Struthers & the Party Line ripped through a set of well-crafted originals, as well as classics by George Jones and the Everly Brothers. Goofy and cheerful onstage, Struthers led the group with an acoustic guitar and powerful vocals.”–The Oxford American

“Wake [ ] is a confident collection of songs that shows the singer and songwriter putting a modern spin on traditional Americana sounds.” — Chris Steffen, All Music

“With their Americana and bluegrass roots and several songs (dare I say) worthy of top 40 country airplay, my prediction is that this may be the breakout band of 2015.  If Nora Jane Struthers & the Party Line is coming to your town, I suggest you catch them, because the party has indeed started.”  — Steven Sandick, Elmore Magazine

“Struthers has undergone one of the more fascinating transformations in contemporary roots music. [She is a ] fiercely intelligent, put-together, independent woman . . ..”  — Jewly Hight, Nashville Scene

“Wake” [is] a collection of songs that adds more momentum to her profile as a rising star on the Americana scene. –  Mary Houlihan, Chicago Sun-Times

“[Wake] brings to full fruition what her preceding record hinted at, a move from the acoustic-bluegrassy mix where she started to a more electric, diverse, aggressive brand of music. The change suits her well.” —
James Reed, Boston Globe

“Spend some time with [Nora Jane Struthers & The Party Line] and you’ll quickly discover what separates them from the rest of the roots-inspired crowd: Rich storytelling, repeat-worthy melodies and a modern mashup of traditional, bluegrass, folk, country and rock influences.”” — Paul Wallen, Tampa Bay Times

“Every year at Merlefest, one performer usually stands out as the buzz of the festival. This year that performer was clearly Nora Jane Struthers and her amazing band, The Party Line. There is an honesty and an energy in her stage performances that is equally infectious and irresistible. She had the crowd jumping up & down in the hot sun on Sunday…she & Old Crow Medicine Show had the best energy of the festival.” — Charlotte Folk Society concert presenter

“Her new album — Wake — is a burning Americana rock record, a harder-hitting take on recent Amanda Shires or vintage Lucinda Williams.  The new album is a real jolt of adrenaline, fueled by the contrast between Vana’s searing, resonant, rock-flavored leads and fills and Overton’s classic honkytonk and bluegrass lines on an arsenal of instruments including banjo, fiddle and steel guitar.”  New York Music Daily