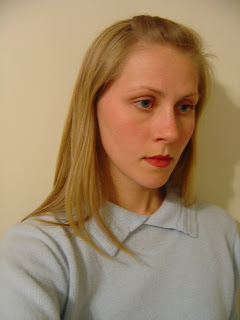 Well folks I bought this sweat sweater in New York City back when I used to call that place home but I never wore it until my first winter in Tennessee.  I’ve never seen anything like the collar on this which is why I bought it and hung onto it even after months of not wearing it.

As a rule, I try to get rid of clothes that don’t get worn.  It’s such a burden owning things you don’t use or need.  My friend Big Mike (Grove) and I wrote a song about that very thing and titled it “Just a Few Good Things”.
In this sweater, I had one of the most enchanting evenings on Sunday night at, you guessed it, The 5 Spot.  There was a benefit show for an East Nashville resident fondly referred to as Cowboy Keith.  He was hit by a vehicle while riding his scooter around the neighborhood and his musician friends put on a big benefit to help him get through the months when he wont be able t work.  The community of musicians in Nashville is truly a wonderful and remarkable thing.
There were many different bands and acts playing at the benefit, but I came only in time to catch BR549 and Chris Scruggs and WOW-E-ZOW what performances!  Chris Scruggs is one of the most talented musician entertainers I’ve ever seen and BR549 performs classic country the way your souls wants it to be performed.  It was enough to help a gal remember how much she loves to dance.
Thanks for reading friends.
Fondly,
Nora Jane

Monday Night on the Nashville Town in 1930’s Chocolate Lace